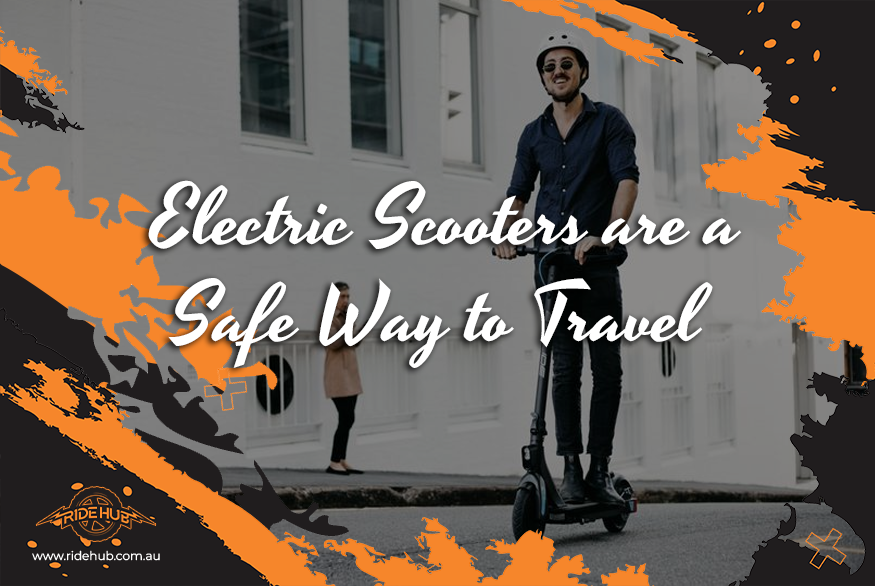 November is here, a new month and another chance to do better and make things better for the future. Especially making better decisions of wearing the proper gear and approved helmet, and abiding with the rules and regulations put in place when riding an electric scooter. Following the rules can change everything, most of all save lives!

You see, just like anything, to label something as good or bad can be controversial, most of the time it is only wrong when it is abused and used wrongly. Electric scooters are one of them, a micromobility device that has so much good potential that can benefit the community. In fact, the benefits are clear: carbon emission reductions, cost of living benefits amid petrol price hikes, preventing infrastructure wear. It is also safer than walking home late at night, and commute systems today can be really costly. Riding an e-scooter is also convenient as it is fun. However if used wrongly, one can end up in the wrong direction so it is important to suit up!

Suit Up! Gear Up!

Just a few months back, a number of electric scooter accidents arose because of the lack of wearing the proper gear helmet and possibly overspeeding. Exactly last September 2022, two Australians lost their lives while riding e-scooters without wearing a helmet and even other important safety gears like elbow and knee pads. These were Moustafa Abou-Eid, 28, who lost control of his e-scooter on a speed hump in Pascoe Vale in Melbourne on 22 September and Laura Wallace, 19, when her e-scooter collided with a car in Canberra on 26 September.

Another man, unnamed at 37, died after losing control of his electric scooter on a Brisbane street just after midnight. According to the Queensland Ambulance Service, two passers-by found the man unconscious, suffered significant head injuries and was declared dead at the scene. It wasn’t mentioned if he was wearing a helmet but the Forensic Crash Unit is investigating the circumstances surrounding the incident.

Many other incidents happened in the months behind, and to this day, the reported e-scooter accidents have doubled in number of fatalities since 2018. Many of the accidents ended with brain injuries, greatly emphasizing the dire need to ALWAYS WEAR A PROPER HELMET. Many of the unfortunate incidents might have had the chance to avoid the situation with the proper use of electric scooters, especially wearing the important safety gears.

True enough, Sarah Whitelaw, the emergency medicine representative of the Australian Medical Association stated, “We need to see a decrease in the number of grieving families.”

It truly is unfortunate to lose anyone. Hopefully, these incidents, though tragic, can be a lesson for people to abide by the rules and wear the proper gear when riding an e-scooter. Whitelaw continues, “Most of us wear bike helmets not because it’s illegal not to, but because we understand why you have to put one of them on. It might save your life.”

Why Rules that are Put in Place

Queensland Ambulance Service clinical director Lachlan Parker agrees that “all riders should at least wear a helmet, preferably elbow and knee pads too, with common e-scooter injuries being facial injuries and broken bones. These electric scooters can be very fast and in the wrong environment where they are not used appropriately, they can be used as a weapon. Under no circumstances should a scooter rider be using the device [especially] if they are under the influence of alcohol or drugs.”

There is no national database that captures the rates of injuries relating to e-scooters, but data from several jurisdictions shows the most common infringement enforced by police relates to riders not wearing helmets.

Kirsten Vallmuur at the Queensland University of Technology has been researching e-scooter injuries. She explained, “Fractures mainly to the head and the arms accounted for the highest proportion of injuries at 37%, [which can be prevented with proper approved helmets, knee and elbow caps]. While injuries to the head and face made up about 25%, [could have been prevented by being cautious, fully attentive to the road and limiting their speed]. If you are traveling at higher speeds, riders are at a much greater risk.”

Another data from the Jamieson Trauma Institute, just made the former findings more concrete as this data found that in Brisbane over a three-year period, the most common injuries were fractures and abrasions to the head and face. Alcohol use was documented in 29% of presentations, and speeds above 20km/h were reported in more than one-third.

With a number of accidents and people going the wrong direction, the need for new rules had to be put in place. Yes. New rules will apply in Queensland from 1 November, allowing “personal mobility device” riders to wear either an approved bicycle or motorbike helmet. Electric scooter riders will now be mandated by law to take a slower, safer pace on footpaths. Other changes revolve around safe use of the mobility devices and bringing e-scooter laws in line with cycling laws.

Queensland transport minister, Mark Bailey, is responsible for releasing all these new rules to regulate e-scooter use and ensure safety of both the riders and the citizens around.

Bailey assures, “This technology [the e-scooter] is here to stay, but we need to continue to adapt the framework that supports these devices to ensure everyone’s safety, particularly people with disabilities…If we are realistic in combating the climate emergency we have to look to these more sustainable modes.”

Definitely, electric scooters are here to stay and for the good of mankind. What is important is how these e-scooters are used so they can continue to benefit the community.

The Dreamer is the Winner