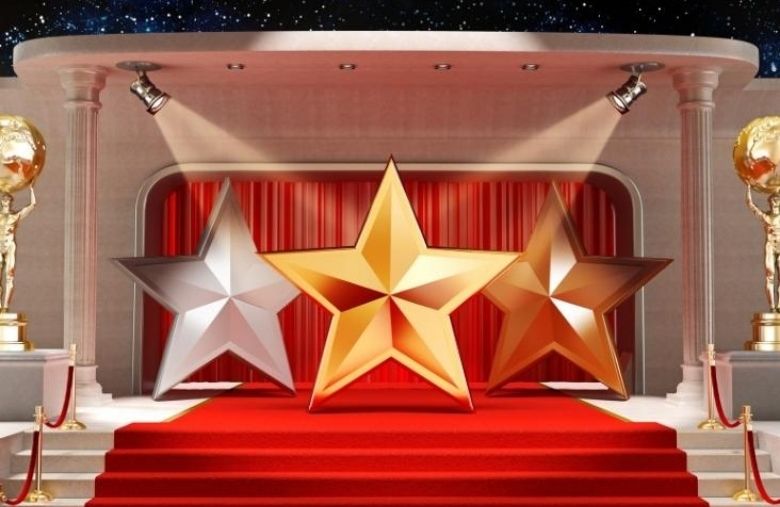 The boom in cinema has been massive for the past 100 years. We have seen various blockbuster movies in recent times. Movie stars are paid millions for enacting a single movie.

Some big movie projects got delayed because of the lockdown, but in 2021 box office made a fantastic recovery with high-budget movies that had sold-out shows for consecutive weeks straight. Still, it is projected that the cinema industry will fully recover by 2023’s end.

Must Visit: 50+ Best Online Games to Play With Friends

Even after this fall, A-listed movie stars made some big fat pay cheques thanks to OTT platforms and their blockbuster movie’s success.

Let’s go through the top 10 biggest movie stars based on their earnings in 2021:

Almost every film suffered a loss in box office collection until Dwayne Johnson came into the picture. Dwayne Johnson, also called The Rock, has given two blockbuster movies in 2021 -Jungle Cruise and Red Notice.

Dwayne played Steamboat captain in Jungle Cruise by Disney. He also acted in Netflix’s Original Red Notice, and it became the most viewed film beating Bird Box. He made 22 Million USD and 20 Million USD, respectively, from both movies.

Beginning with Fast Five (2011) and his portrayal as Luke Hobbs in the Fast & Furious films helped him become part of one of the highest-grossing film franchises. Johnson’s first main part was in the sword and sorcery picture The Scorpion King, in which he played the eponymous character (2002). You may also see him in comedies movies, namely: The Game Plan (2007), Tooth Fairy (2010), and Central Intelligence (2016), as well as the action-adventure films Journey 2: The Mysterious Island (2012), Hercules (2014), G.I. Joe: Retaliation (2013), and Skyscraper (2018), and the animated film Moana (2016). 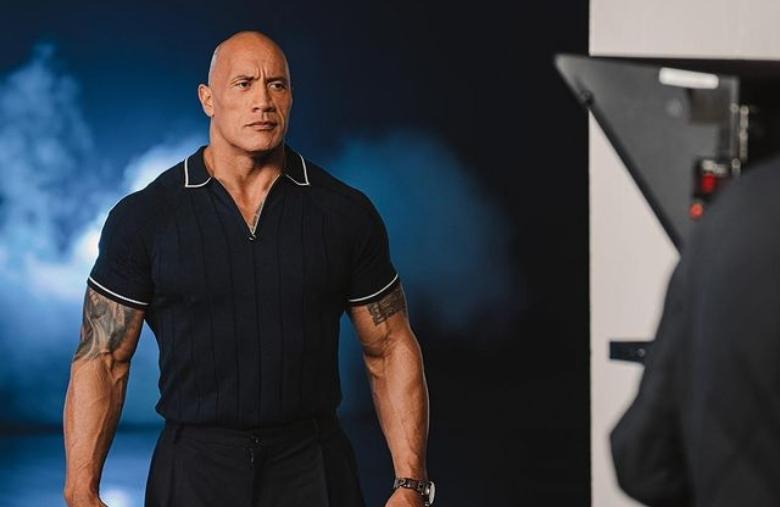 Will Smith is an actor, producer, stand-up comedian and screenwriter. He played the role of the father of lawn tennis legends Serena and Venus Williams in the movie King Richard. This movie was even nominated for an Oscar, and He reportedly got a paycheque of the hefty amount of 40 Million USD.

Smith has won numerous awards and nominations, including a Golden Globe Award, four Grammy Awards and four Academy Awards and a Primetime Emmy Award for Outstanding Comedy Series. He was named one of the 100 most influential persons globally by Time magazine in 2006. 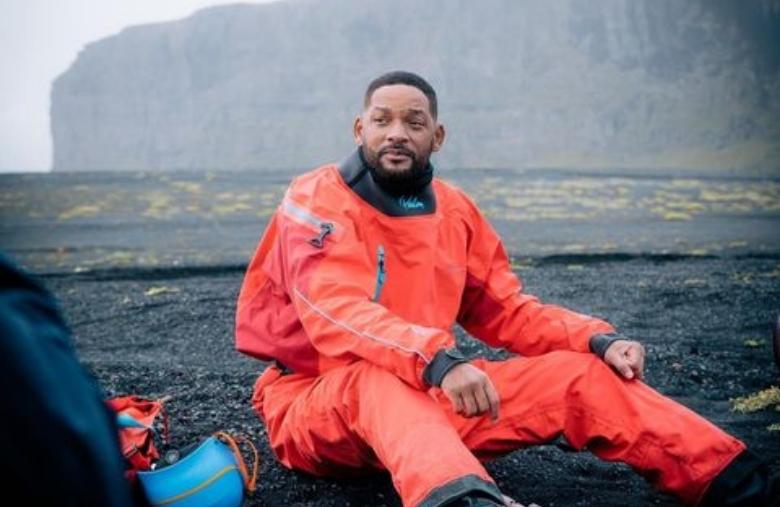 Denzel Washington has an outstanding box office track record with his numerous successful projects. He played the role of a corrupt detective in The Little Things by Warner Bros and secured a deal of 40 Million USD for this role.

Washington was cast opposite Jared Leto for this film, but it could not win people’s hearts as it was released in the early pandemic era.

Washington began his acting career in theater, appearing off-Broadway along with William Shakespeare’s Coriolanus in 1979. Denzel Washington has won Tony Awards for Best Actor in a Play named Broadway. 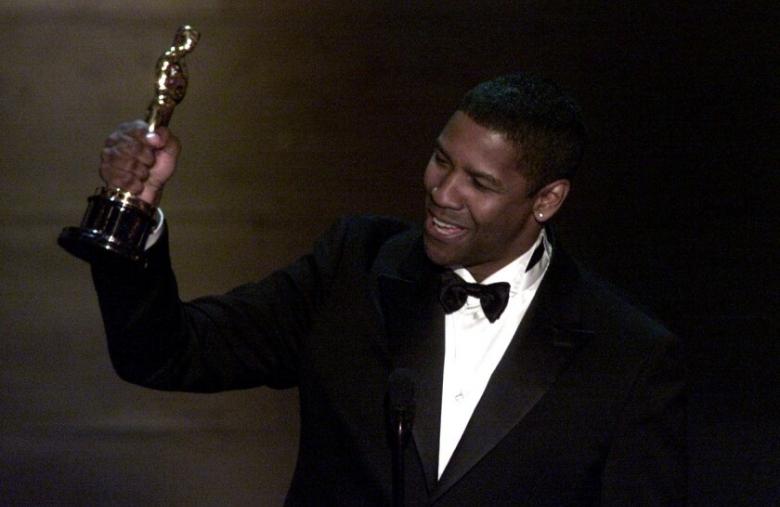 Angelina Jolie is called Queen of Hollywood for her charm and acting skills. He made a whopping USD 35.5 Million for acting in Marvel’s Eternals. This paycheque made her the second-highest-paid actress across the globe.

She also acted in the second movie in 2021 that didn’t perform well at the box office, with a lifetime earning of 23 Million USD. Also, her earnings from that movie remain undisclosed.

She’s also recognised for her voice work in the Kung Fu Panda animated series (2008–present). In the Land of Blood and Honey (2011), Unbroken (2014), and First They Killed My Father are among the war dramas Jolie has directed and written (2017). 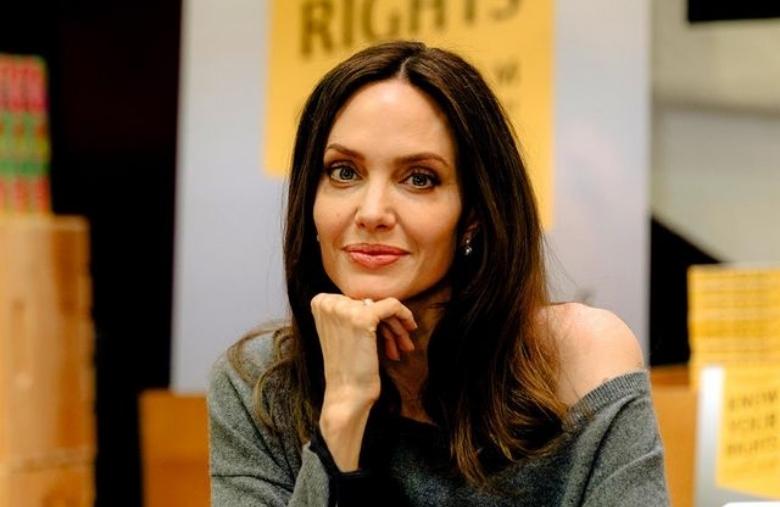 Dicaprio returned to our screens with Netflix’s dark comedy special Don’t Look Up. He will be seen in the next project directed by Martin Scorsese and playing Theodore Roosevelt. He was cast opposite American star actress Jennifer Lawrence.

DiCaprio has been described as one of the most active celebrities in the fight against climate change. Since he was a child, he has been fascinated by ecology, seeing programs on deforestation and the extinction of species and habitats. 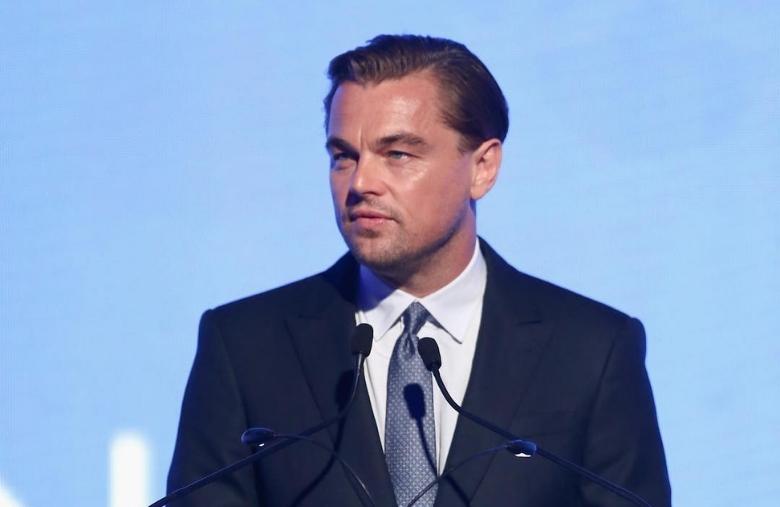 After four successful James Bond movie appearances, Daniel Craig made his fifth and last appearance in No Time To Die as James Bond. This movie grossed 774 million and broke the pandemic box office record.

The British actor received 25 Million USD for the No Time To Die. Following projects of Craig have been massive, and he has secured a deal of one hundred million dollars for the sequel of two Knives Out.

The Power of One released in 1992, was the debut movie of Craig. He is a huge fan of Liverpool Football Club and Robert Altman films. 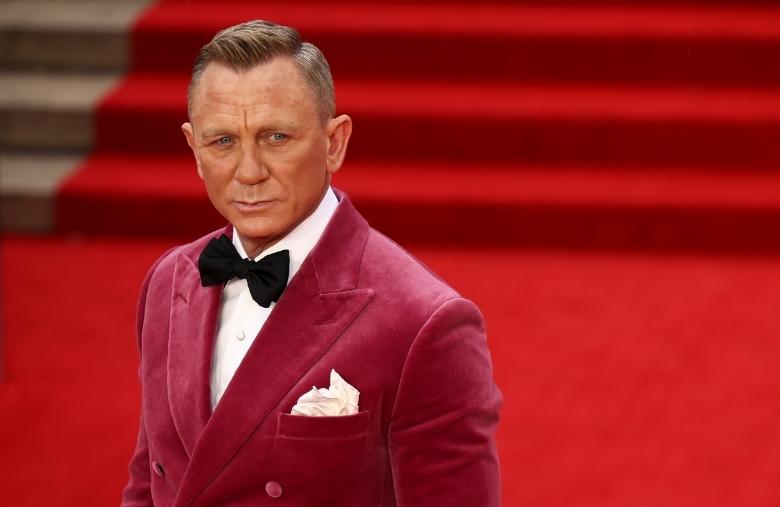 The highest-paid actress of 2015 and 2016; Jennifer Lawrence, made a comeback to movie screens after three years of halt in the movie Don’t Look Up.

She was cast opposite legendary Leonardo DiCaprio, and the movie grossed over one billion dollars in revenue. She received a paycheque of 25 million US Dollars for her astronomer role.

She played the role of Roselyn Rosenfield in David O. Russell’s drama-comedy American Hustle (2013) and again reunited with the director for another family comedy, Joy (2015). for these drama movies, she received Oscar nominations in Best Supporting Actress and Best Actress, respectively. In 2013 she was under 100 most influential people in the world list. 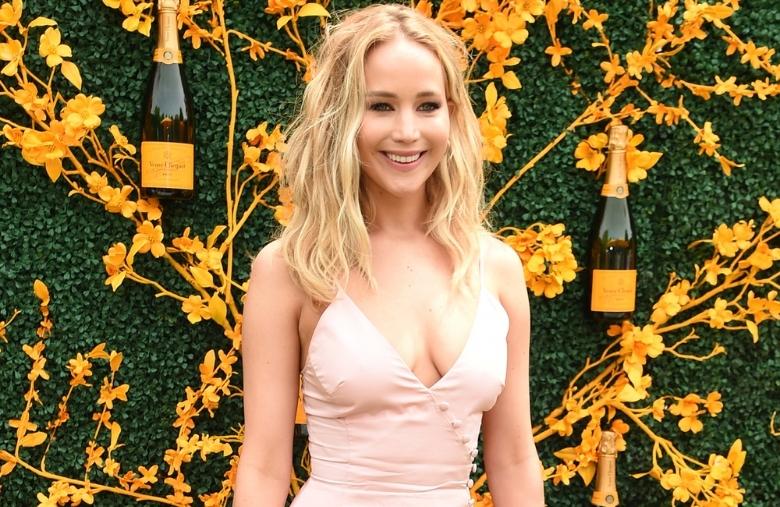 British icon Emily Blunt made a whopping 23 Million USD in 2021. She acted in a horror sequel movie named A Quiet Place Part II that her husband John Krasinski directed. She was also in Disney’s Jungle Cruise opposite Dwayne Johnson.

Till now Emily Blunt has received different accolades. Golden Globe Award, Screen Actors Guild Award, Critics’ Choice Movie Award are some of them. Professionally she entered the acting industry with the play The Royal Family. 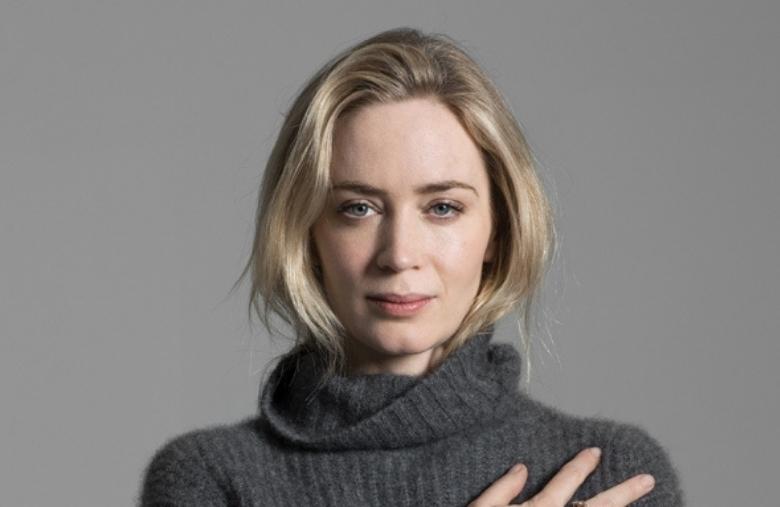 2021 was a massively successful year for Ryan Reynolds as he released three big hits with over 400 Million USD in ticket sales: The Hitman’s Wife’s Bodyguard, Disney’s Free Guy, Red Notice. Paycheques of his first two movies were not disclosed, so we are taking his movie Red Notice pay cheque into consideration that was 20Million USD.

In 1991, Reynolds made his television debut in the teen drama Fifteen. He made his debut in films two years later in Ordinary Magic, playing an orphan raised in India, which was inspired by Mahatma Gandhi. This Canadian actor and film producer received the Hollywood Walk of Fame in 2017. 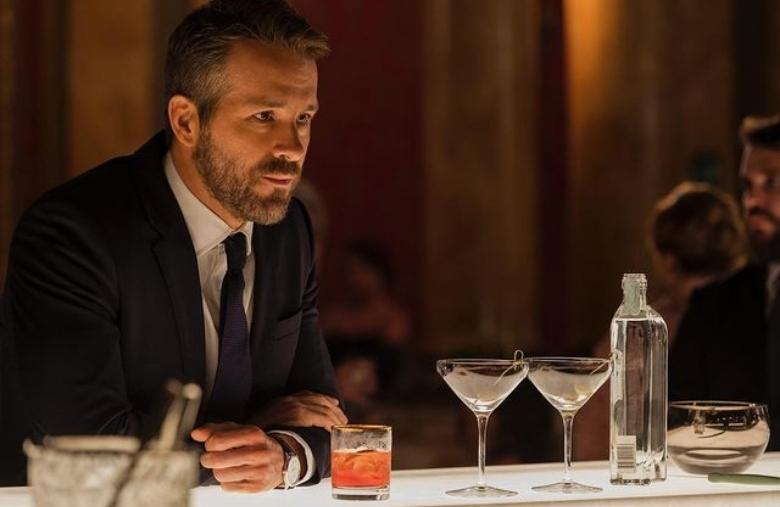 Vin Diesel is that one consistent name that can’t miss this Highest Paid Movie Stars list. This year his ranking in this list is relatively lower than the past few years, and its main reason could be the delay of his latest hit, F9: The Fast Saga(2021). Also, Vin Diesel didn’t have any other movie released in 2022. He is most recognised for his role in the Fast & Furious franchise as Dominic Toretto.

Strays, a 1997 urban drama in which Diesel played a gang leader whose love for a lady pushes him to attempt to change his ways, was Diesel’s debut feature-length film. Diesel wrote, directed, and produced the film. This movie was selected for competition at the 1997 Sundance Film Festival. It also resulted in an agreement with MTV to make it into a series.

You can also visit our list of the best movies of all time. 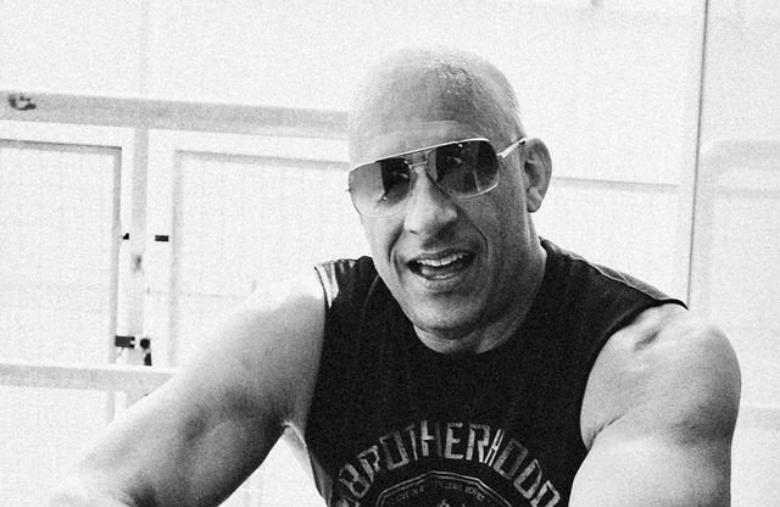 Michael Bakari Jordan is an outstanding actor and has been included in Time Magazine’s top 100 most influential people in the world. In addition, he received a whopping 15 million USD for his latest projects.

Jordan obtained his first major acting part in the film Fruitvale Station, in which he played Oscar Grant (2013). Oscar’s controversial death by police officers on a San Francisco railway platform was the subject of the film. 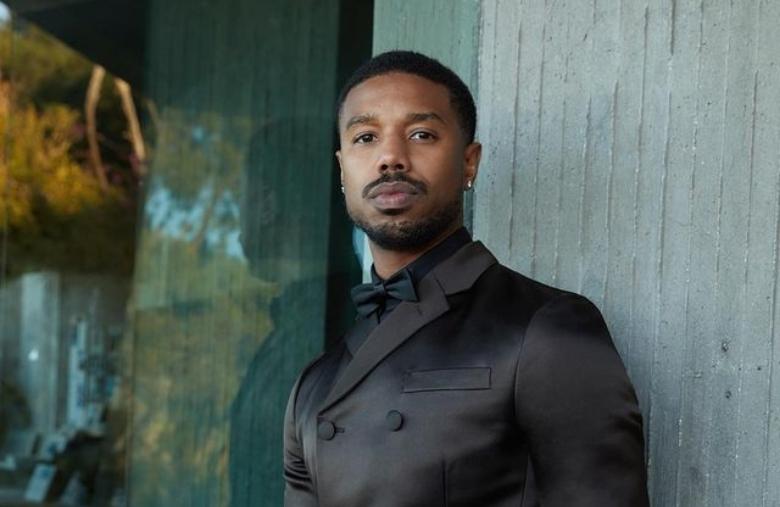 The second richest actor in the world, named Tom Cruise, is an American actor whose movies have grossed over ten billion dollars globally. 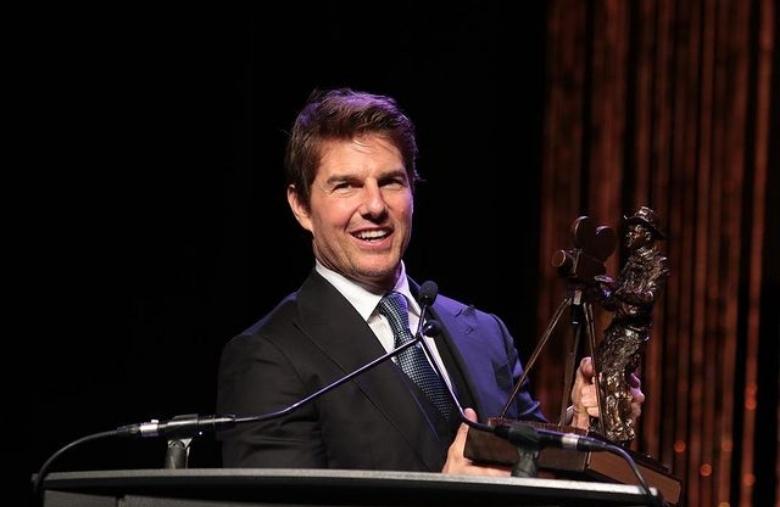 Keanu Reeves is the audience’s favorite Canadian actor. He made his film debut in 1986 in a movie named Youngblood. He has even directed the movie Man of Tai Chi in 2013.

Keanu has appeared in Warner Bros’ The Matrix Resurrections. He had secured a deal of 12 million USD for this movie.

Reeves’ performance in the horror thriller The Devil’s Advocate (1997) was positively acclaimed after a string of box office flops. In 1999, he enjoyed greater fame as Neo in the science fiction series The Matrix. 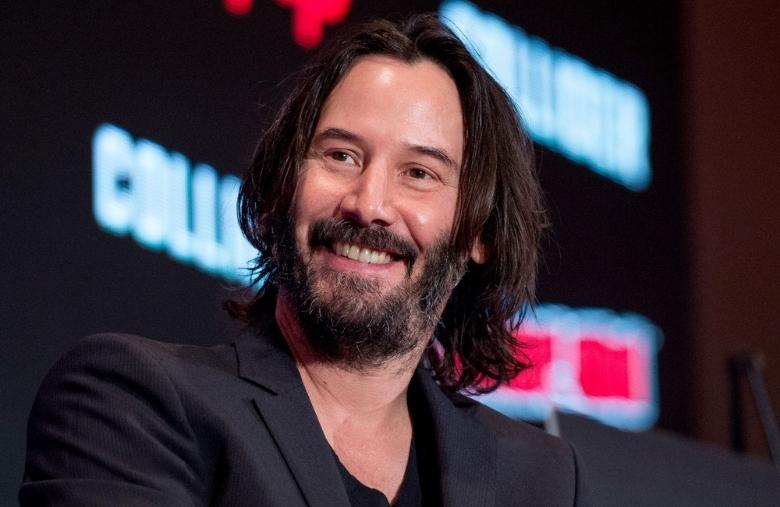 An American actor Chris Pine made a debut in The Princess Diaries 2: Royal Engagement in 2004. Since then, he has been slaying with his acting over so many years.

Chris Pine will be seen in two upcoming projects in 2022:

The Contractor and Don’t Worry Darling.

He will be playing the role of James Harper in The Contractor and Frank in Don’t Worry Darling. He is the son of Robert Pine and Gwynne Gilford. In Incident on a Dark Street (1973), his father appeared with William Shatner, his predecessor in the role of James T. Kirk. 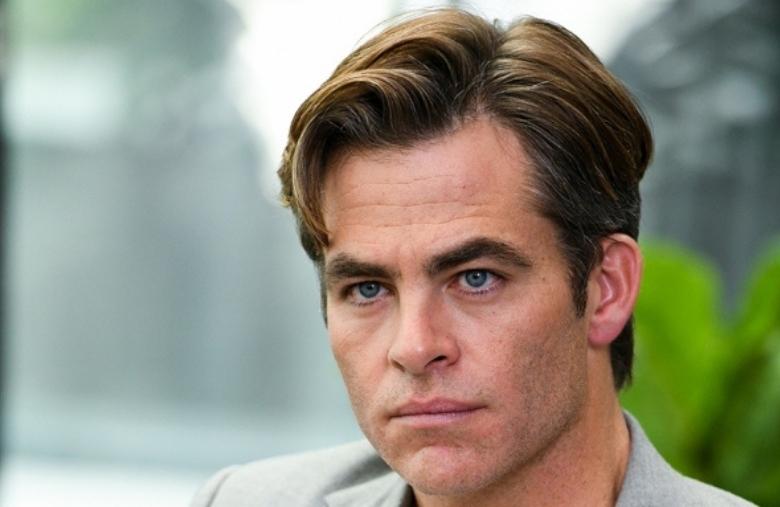 Tenet’s superstar Robert Pattinson is a talented English actor. He has been ranked among the list of most influential people globally by Time Magazine.

Pattinson has cracked the deal of 3 million USD will play the character of Batman in Matt Reeves’s superhero movie “The Batman.”

He won the Best Actor at the Strasbourg Film Festival for his role in How to Be Single (2009). He has received two Empire Award nominations for his work in The Twilight Saga and eleven MTV Movie Honors. Two People’s Choice Awards and numerous other awards and nominations, including the 2009 Hollywood Film Award for New Hollywood, are also assigned to his name.

Pattinson has been playing the guitar and piano since he was four years old, and he also composes his own music. 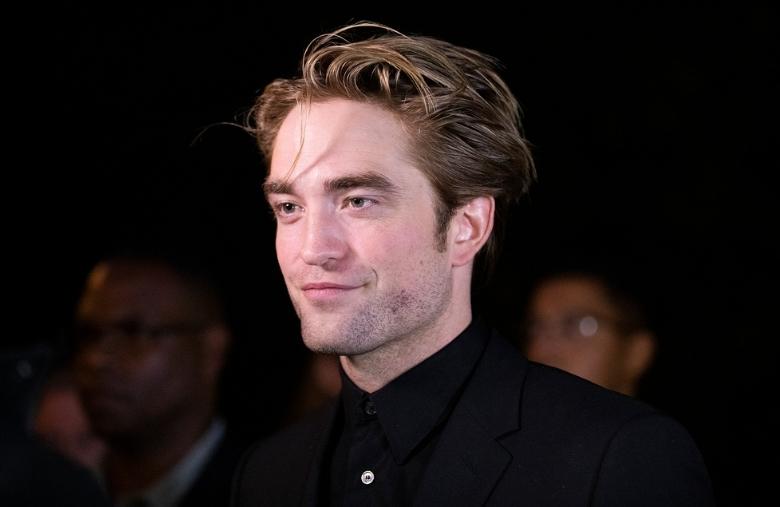 What is wheelchair basketball?

Best Movies of All Time that you should...