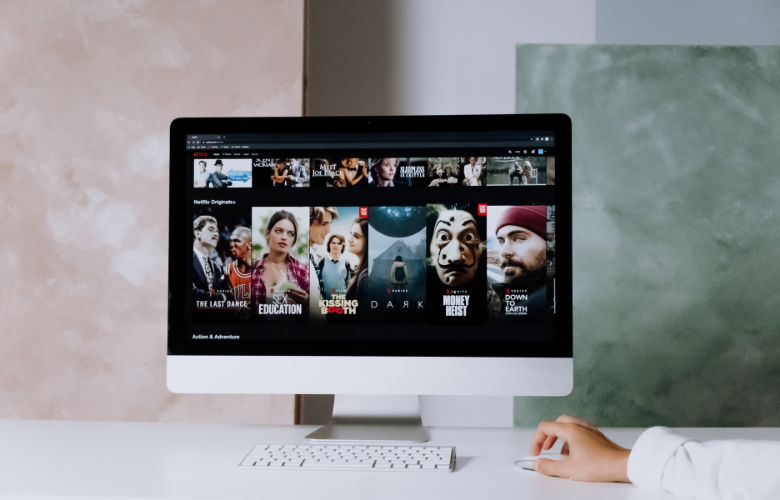 Netflix has become a companion of our entertainment. It has so many T.V. shows, movies and web series to watch. It comes from the list of most popular game-changers in the world of streaming entertainment. Also, It is fully packed with original and classical content. Literally, there is something for everyone. It is continually knocking it out of the park to keep its viewers happy and entertained. Here we are delivering the extensive list of best shows on Netflix Australia that you must include in your watch list.

Must Visit: 50+ Best Online Games to Play With Friends 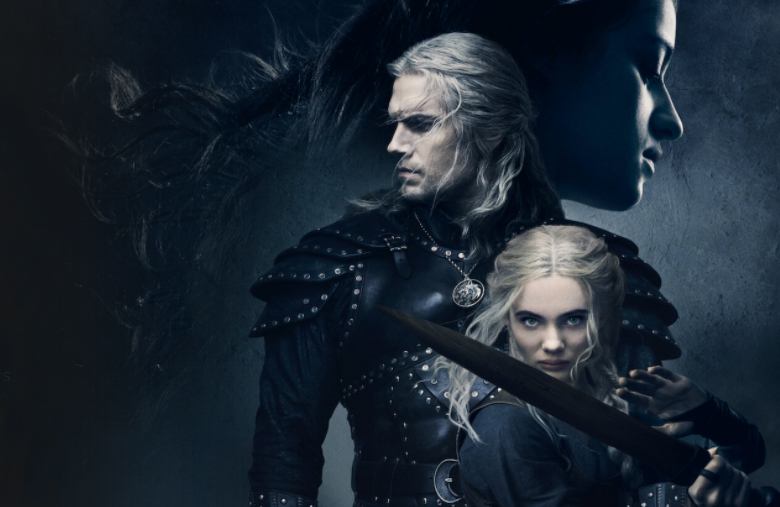 The Witcher hits Netflix at the end of 2019. It is based on the fantasy novel and revolves around the eponymous “witcher,” Geralt of Rivia. Viewers enjoyed watching the solid performance of actors and catchy music in this show.

This show is about a solitary monster hunter who is trying to find someplace in the world, but he realizes that people in this world are more waggish and immoral than monsters. 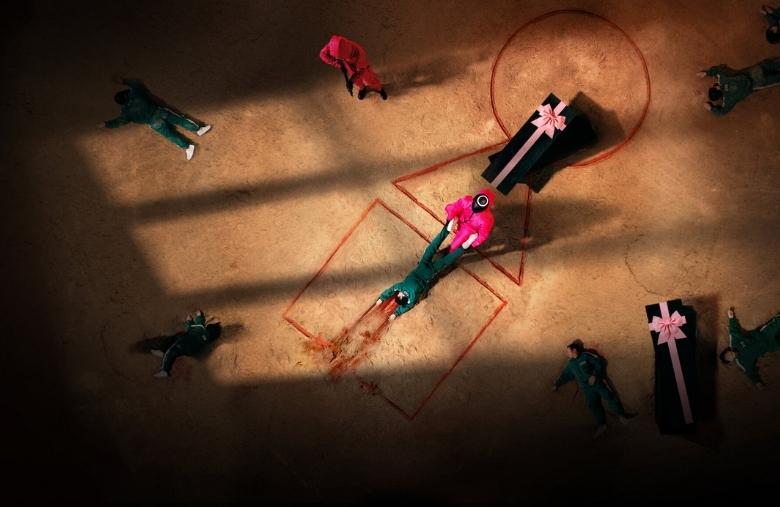 Squid Game was released worldwide on Sept 17, 2021, and became immensely popular. The show centers on a competition in which 456 contestants, all of whom are deeply in debt and takes a risk with their lives, earn a prize of $45.6 billion by playing a series of games. This show was watched in 94 countries and reached more than 142 million member households and accruing 1.65 billion viewing hours in its first four weeks of release. This show comes under the most-watched Australia Netflix series, surpassing Bridgerton for the title of the most-watched show. 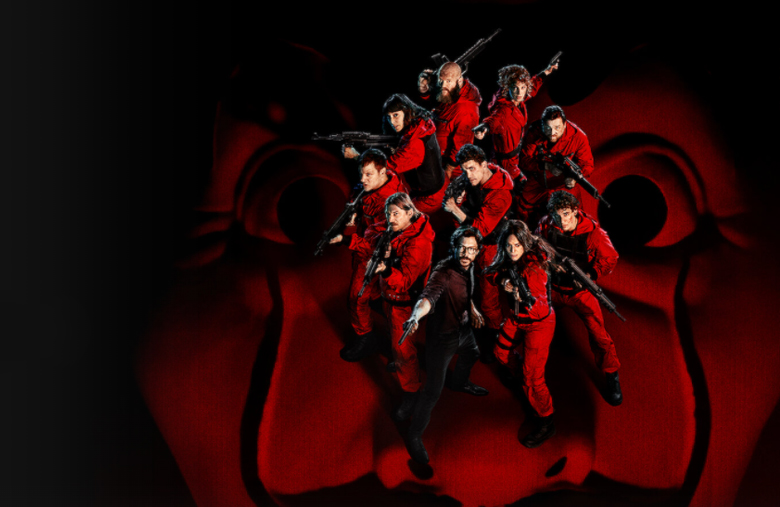 This show is all about action and drama. A mysterious man named ‘The Professor’ enrolls a band of eight looters to complete a major heist successfully. There is something common among all robbers that they don’t have anything to lose.

They noticed each point posed a risk, the desired step, for five months for executing their plan of robbing Spain’s National Factory of Currency and Stamps. Rapid-fire dialogue, clever editing put this show among the best shows on Netflix Australia.

You can also visit our list of the best movies of all time. 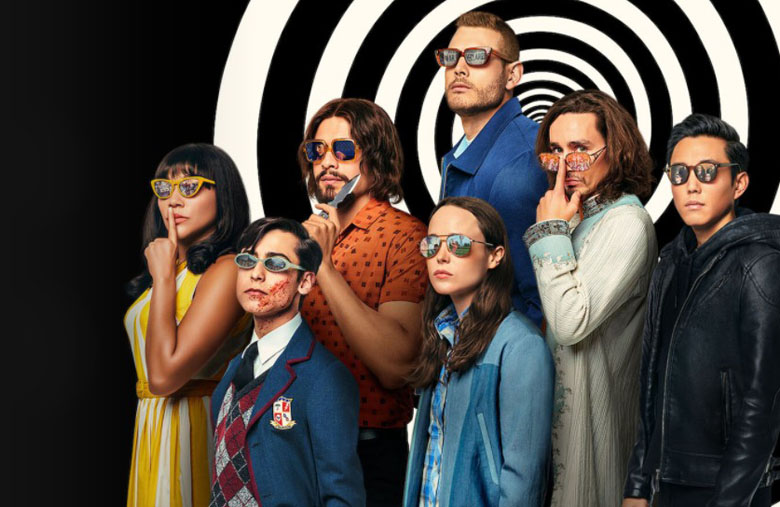 It will be one of the best thriller series on Netflix Australia if you are planning something to watch over Netflix. This show is all about superheroes who are siblings and come into the world at the same time from such mothers who are not pregnant.

Sir Reginald Hargreeves adopted all these seven and created ‘The Umbrella Academy. They all get united to protect the world. But things don’t go in the right direction. After some time, the band unites to solve the mysterious death of their adopted father. You will find a complete blend of comedy and drama in this show. 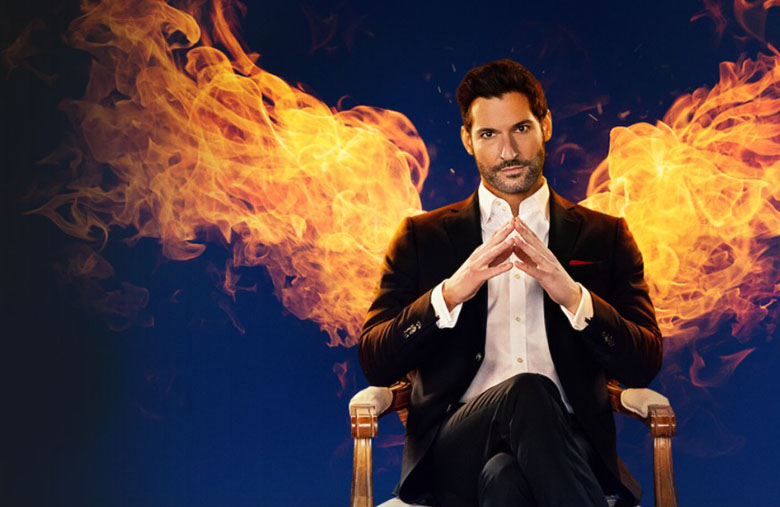 Lucifer Morningstar, an attractive and strong angel who was thrown out of heaven for his rebellion, is the series’s protagonist. Lucifer, as the Devil, is tired of being the Ruler of Hell for centuries, punishing humans. He gives up his reign in the rebelliousness of his father (God) and leaves his country for Los Angeles, where he owns and operates the Lux nightclub.

He joins the attractive Detective Chloe Decker when implicated in a murder examination.  After helping the Los Angeles Police Department (LAPD) in resolving the matter by using his superpower to manipulate humans into uncovering their most profound desires, Lucifer acknowledges an offer to work as an advisor for the bureau with Chloe, and the two encounter a variety of supernatural entities while unraveling crimes and evolving their relationship throughout the series. 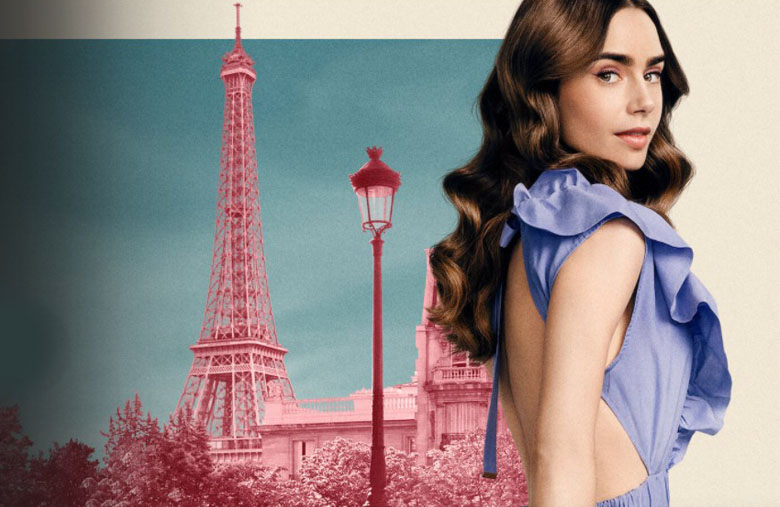 Presently more dug in her life in Paris, Emily’s trying to improve her life exploring the city while battling French life. Coincidentally she fell into a love triangle with her neighbor and her first genuine French companion.

She tried to complete her work with full dedication which is getting more convoluted day by day. Netflix Australia released its first season on October 2, 2020, and the second season was released on December 22, 2021. Emily in Paris season 3, coming up on Netflix Australia in 2022. 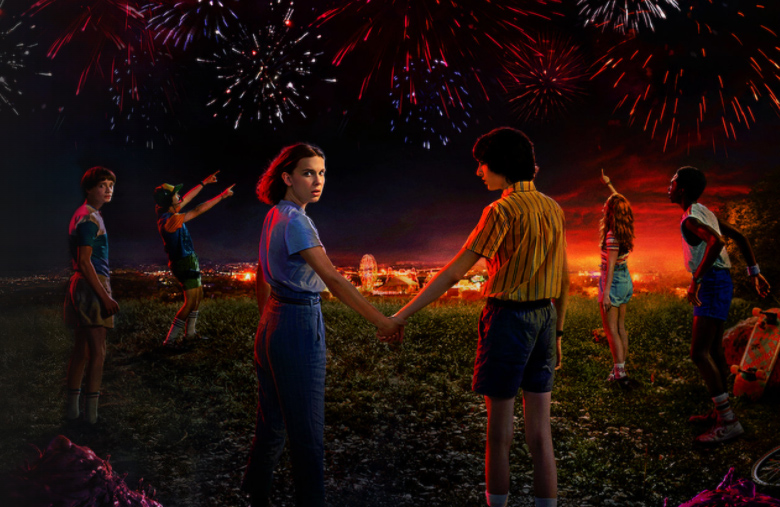 This is about the disappearance of a young boy. He dissipated while biking back home. When his mother, brother and a police chief started searching for him, assuming something terrible had happened. While searching, they noticed some supernatural things. It leads them to find out about strange things. 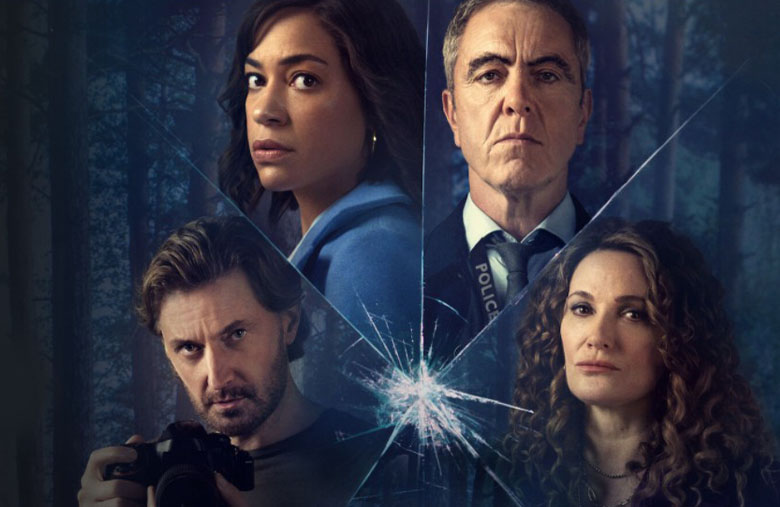 This show has gained popularity lately, but it’s really interesting and entertaining to watch. It is based on Harlan Coben’s novel. Megan Pierce was spending a peaceful life with her kids and soon to be husband.

She received a blank card on her doorstep with her previous name one day. She gets disturbed by recalling her past as she was living by hiding her previous identity. The twist will hold you in front of the screen. 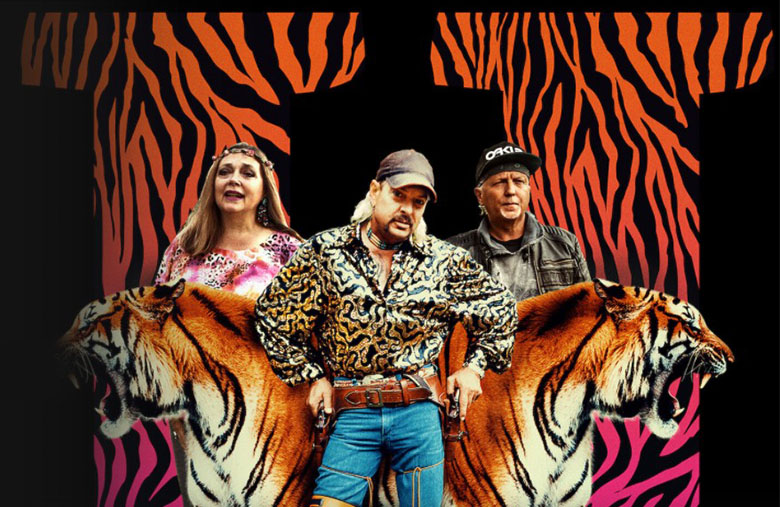 This is a true-crime documentary series on Netflix Australia. It has experienced a great boom over online from its release date. It centers all around Joe Exotic, an American animal handler who does a rivalry activity against an animal activist named Carole Baskin. You will be watching a large group of bright characters. Also, murder mystery and several twists will make watching the complete show with curiosity. 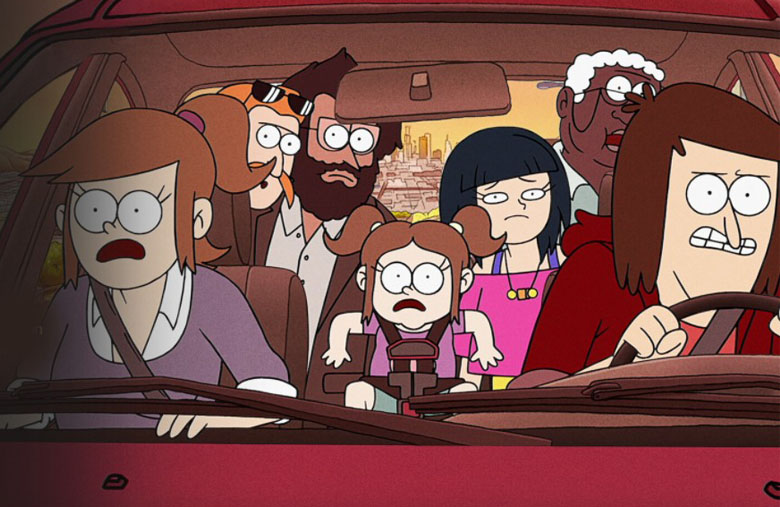 This is an animated comedy that is based on a married couple. They live on the eastside of Los Angeles with their 5-year-old daughter and two other roommates who are divorced. This show teaches about the transition from the twenties to the responsible thirties.

Every day they find themselves struggling with the challenges such as friendship, parenthood, becoming older and other things. The sharp gags and snappy commentary amuse audiences and keep them engaged with the growing time. 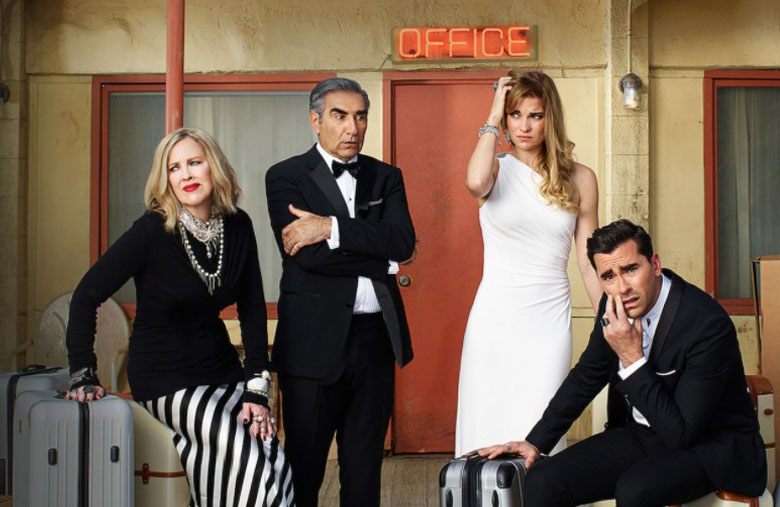 When a wealthy video store head honcho Johnny Rose, his star spouse Moira, and their two children unexpectedly broke, and they are compelled to migrate to Schitt’s Creek, a little town they once purchased as a joke.

Now they have to leave their pampered lifestyle and have to adjust to poverty. The humor of this show is noble and majestic. David Rose steals the show with his wonderful activity. 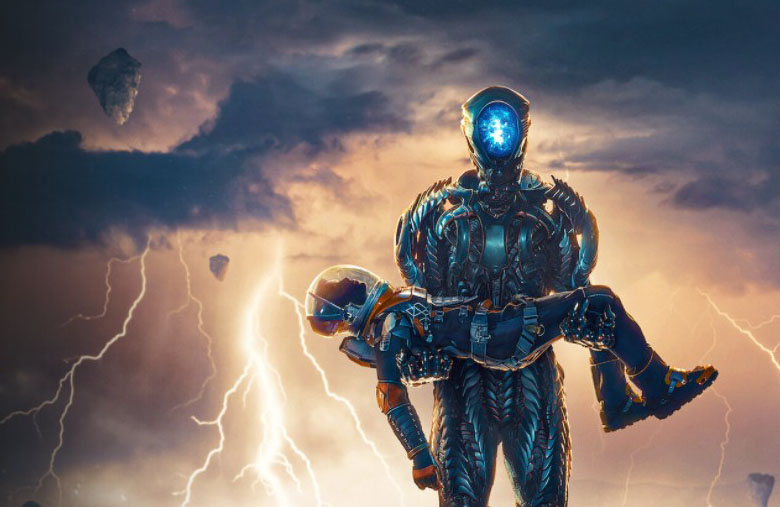 If you are a sci-fi fan, you will love watching this show. This science fiction has caught the attention of lots of viewers on Netflix. The space explorer family planned to move to another planetary system with fear and threat of survival of humans on earth. But with some unfortunate luck, they landed on some other planet and faced challenges adapting to the new circumstances. 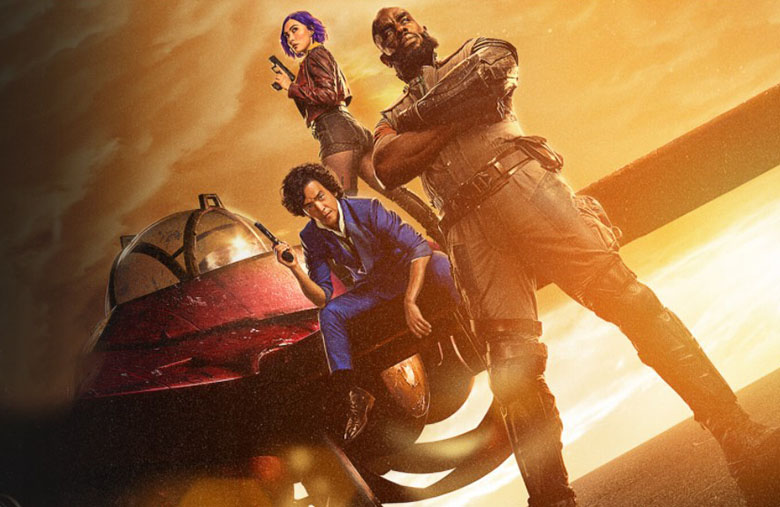 They chase the most dangerous criminals in the galaxy, but their past starts troubling them. The exciting visuals, cast performance and amazing soundtrack, will catch your attention. 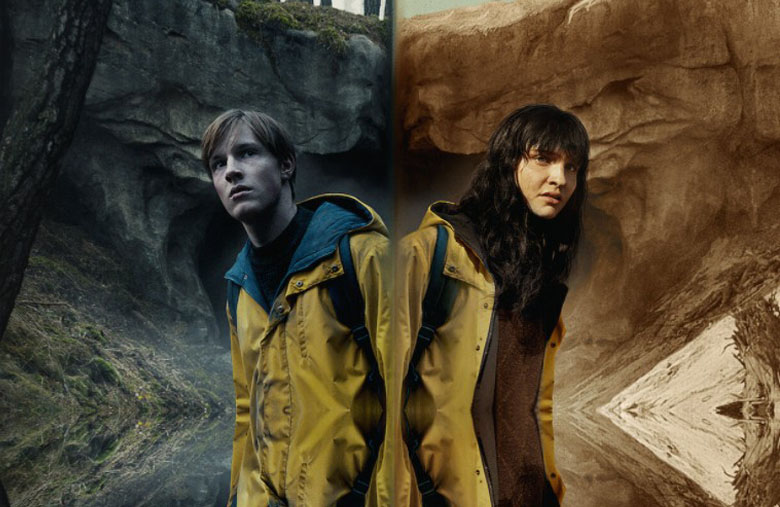 It is a German science fiction series streaming on Netflix Australia. This series is all about the implication of time and what are its effects on human nature. It is available in three seasons, and you have to watch every season attentively to grasp the whole theme of the show.

The story starts with the disappearance of 2 kids from town. They started searching for them, and coincidentally, they noticed some connection among the 4 families. Director has beautifully crafted this fiction, and the audience becomes glued to the screen. 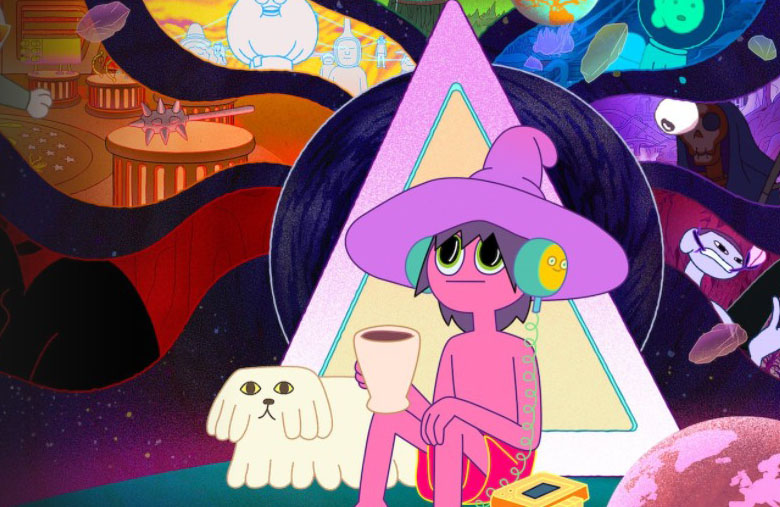 This is unbelievably a great animated show streaming on Netflix. It is an action pack cartoon related to the real world’s humanity. Spacecaster named Clancy comes out from his comfort zone to interview others in the dreadful world.

The series deals with different themes which were described in the interviews. The first season interview topics include magic, meditation, death positivity, drug use, spiritualism, funerary rituals, pain, moksha and existentialism.

Besides these best shows, there is also a wide range of new shows coming to Netflix Australia in the coming time.

Best Movies of All Time that you should watch immediately

What is wheelchair basketball?

Best Movies of All Time that you should...