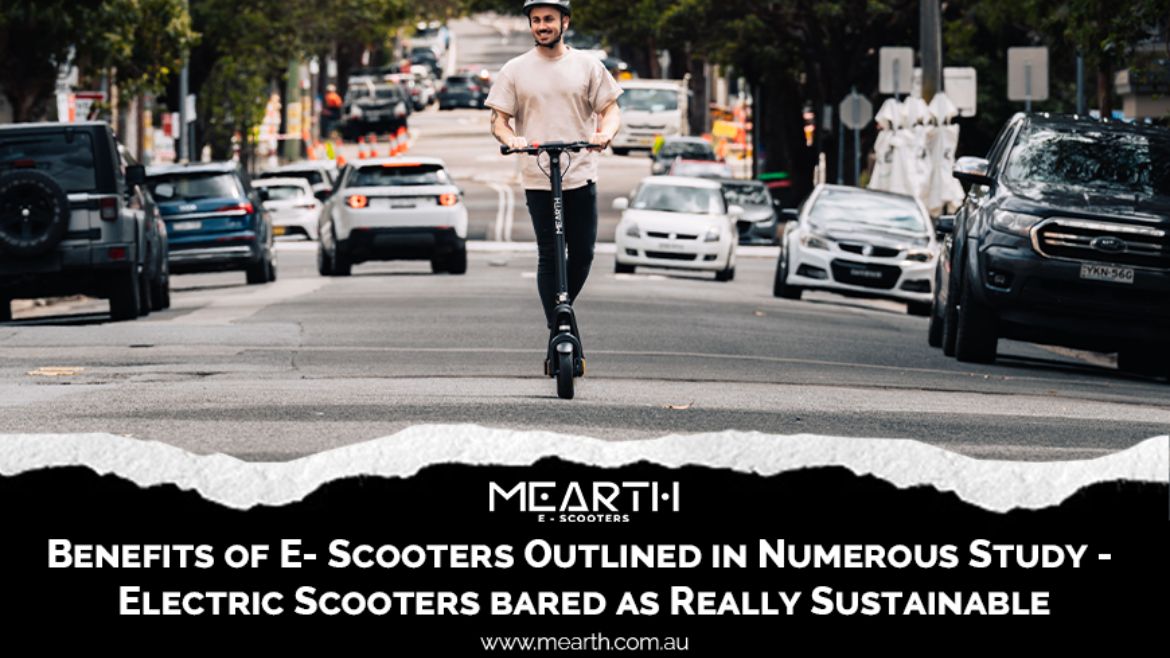 In Defence of Electric Scooters

It is no longer an uncommon sight. More frequently, if you’ve travelled or visited a major city, you have seen people riding on their electric scooters, minding their own thing, cruising around designated paths.

Certainly, this is true because there are some cities in Australia that have already given the ’go’ for e-scooters to be allowed to ride in assigned pathways and suburbs, although not on the main city streets — not yet.

In all probability, this permit is with limitations. It is also foreseen to be part of the government’s plan to eventually put in place its own version of a green transportation program. But while electric scooters are now visible in towns and cities, they aren’t totally considered highly sustainable when viewed from the wide lens of the government.

European Scenario: In Europe, people in many cities ride electric scooters just as frequently as they do in the United States. In Paris, for example, there are more than 15,000 electric scooters available for both its citizens and tourists. With the rising popularity of electronic scooters and other micro-mobility devices, it’s important to keep in mind the reality of green transportation to impact lifestyles soon.

Australian Setting: In 2021, over 50,000 electric scooters of varying brands were sold. The number is just a conservative estimate. While e-scooters can only be ridden on the pavement, low-speed roads with a speed limit of less than 50km/h and no dividing line, e-scooters cannot be ridden on on-road bicycle lanes. It is illegal to ride e-scooters on footpaths. Only one rider is allowed per e-scooter, and there is absolutely no tandem riding with children. Wearing a helmet is mandatory. There is one on every e-scooter.

Global tech Ujet and think tank consultancy SustainAbility proves its case in point by citing the present backdrop. They have recently published a study detailing how Europe, for one, should open up its options in consideration of the benefits of e-scooters.

The said study highlighted an array of benefits of e-scooters, including their potential as a cost-effective and rapidly scalable solution to the social, environmental, and economic challenges being put up in many cities in different parts of the world.

Also in the said study, more action was outlined that needed to be done to persuade a switch from conventional vehicles to micro mobile devices. The study also highlighted the potential benefits of e-scooters which will be further realised by cities — if there is a rapid and multi-layered transformation of private city vehicle fleets, which is being sought to cause a change in its transport policy.

The same report emphasised the benefits of personal mobility vehicles, noting that by replacing 80 percent of gas-powered vehicles on the road with electric vehicles by 2050, emissions of NOx, PM, and SO2 will be cut by more than 80 percent. The projection was done in comparison with the 2010 levels.

Ongoing discussions among government, private companies, and stakeholders towards making the shift to electric cars and buses are at the centre of the advocacy. The report finds the spatial benefits of e-scooters, including minimal infrastructure and storage requirements, make them an easily scalable clean mobility option. A total of 10 e-scooters can be parked in every car parking spot, and a 10 percent switch from cars to e-scooters would reduce congestion by 40 percent – helping to tackle the largest source of air pollution.

According to Hugues Despres, CEO of Ujet International “Existing urban mobility solutions can’t keep up with the growth of (our) cities and are not addressing the challenges of increasing congestion and pollution. The only option is to redefine urban mobility by creating a product that is more pertinent to the issue at hand, and to swiftly scale that new solution. Making urban transportation genuinely future-proof is the key. Our goal is to transform how people interact with the cities they live in, and we’re eager to collaborate with cities to make those cities more sustainable, convenient, and mobile.

Alexandra Brill, manager at SustainAbility adds “Rapid rates of urbanisation driven by population growth means that cities will increasingly become the nexus at which environment, health, and wellbeing meet.”

In light of these problems, electric vehicles can significantly contribute to solving urban mobility issues, but the discourse is much too often limited to automobiles and even more frequently leaves out other low-impact solutions.

“Our research reveals that e-scooters present an effective and scalable solution not only to the problems associated with pollution but also to minimise traffic in our cities,” Brill continued.. We believe more research and discussion on the potential benefits of e-scooters are needed to address existing knowledge gaps. Policy incentives should be increased to cover e-scooters and other low-impact transportation options in addition to electric autos.

After ranking nine urban transportation options against its framework for sustainable mobility, SustainAbility came to the conclusion that e-scooters provide cities with the most social and environmental advantages.

Governments and city planners are already looking into options for more environmentally friendly transportation. Vehicle-sharing programmes, traffic control systems, and better integration of various forms of transportation are among the initiatives that have been highlighted globally.

The UK is not alone in embracing e-scooters, mainly as part of post-Covid transport strategies. In Brisbane, Australia, officials recently decided to extend its e-scooter trial by a year, expanding provision into the suburbs as part of efforts to increase active transport in the coronavirus recovery.

There is no question that e-scooters provide an extra critical mass that justifies their functional existence. In less than a decade since their introduction to the market, their story has evolved rapidly.

Gaining wider use, and fulfilling sustainability commitments with serious compliance with regulations, the electric scooters have started to shake off that tech-gadget novelty as a mere “fad.” PMDs are viewed as a viable, alternative transport mode — one with added benefits in an era of social distancing.

Further research from Ujet and SustainAbility found that policy incentives at the city, national, and European Union levels should be expanded beyond electric cars and to highlight the benefits of e-scooters as a low-impact transport option to improve urban living conditions and meet climate targets.

Many of the European Union’s national and municipal policy measures focus on electric cars and public transport. This is why more initiatives are needed from various sectors, in different cities all across the globe to actively promote the benefits of e-scooters in helping achieve sustainable mobility.

Governments and cities in the EU have prepared powerful policy tools available to commuters and other stakeholders to entice even greater change. The same is actually aspired for Australia.

Examples cited in the study include:

Ensuring that e-scooter use is inclusive, safe, and sustainable – and does complement other green forms of travel takes a lot of work, from private companies and governments alike. Much of that work is being done relentlessly.