Copyright 2021 - All Right Reserved
Things To Do 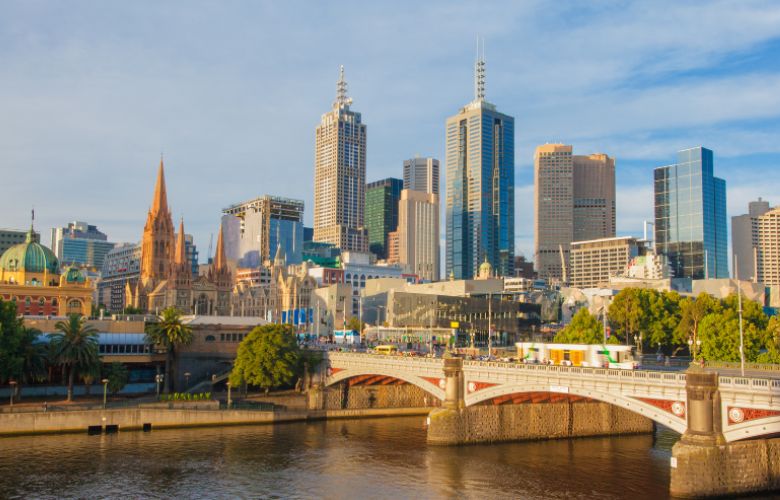 Why Melbourne Is Australia’s Best City

It may not always be sunny, or there may not always be a renowned bridge nearby, but let’s be clear, Melbourne has much more to offer with its vibrant culinary scene, dynamic artistic community, and offbeat attractions.

Melbourne has been named the “most liveable city” in the world seven years in a row (2000-2017), and finished second this year, despite Vienna taking first place. The fact that this city is valued by visitors and those lucky enough to call it home explains why it consistently receives good rating year after year.

These are just a few factors that will keep Melbourne at the top of Australia and the globe.

According to the Economist Intelligence Unit’s (EIU) Global Liveability Index for 2022, Melbourne is the most livable city in Australia and the tenth most livable city overall. This ranking evaluates 173 cities worldwide in infrastructure, stability, healthcare, culture and environment, and education. 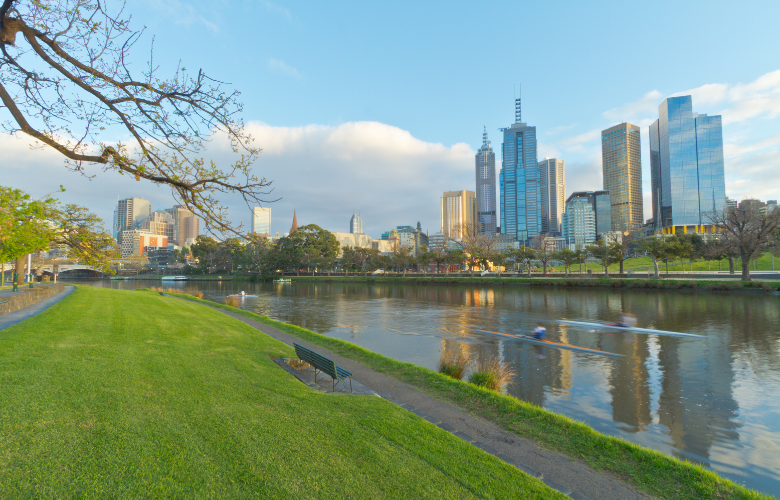 Trams are a significant mode of public transportation and one of Melbourne’s most recognisable symbols. Locals in Melbourne frequently profess sincere affection for their tram system. Furthermore, Melbourne’s trams may be as colourful as the city itself, thanks to Art Trams, decorated with original artwork by local artists as part of the Melbourne International Arts Festival starting in 2013!

The tram system in Melbourne plays a key role in what makes the city special. Both residents and visitors adore it since it’s an iconic kind of transportation that takes you from one place in the city to another. A convenient free tram zone also circles the city’s “square.”

Melbourne also provides greater educational opportunities for families wanting to raise their children there. Many of the leading universities in the nation are located in Melbourne. It comes in second place after Tokyo in the list of the best student cities for 2021.

Therefore, if you reside in Melbourne, you will have more options for higher education, whether you attend a university or a college.

It should not be surprising that Melbourne is quite scholarly as Victoria is renowned as the Education State. Several of its institutions are included in the top 100 universities in Australia and the entire globe, according to the QS World University Rankings 2023. For instance, The University of Melbourne and Monash University both claimed the #2 and #6 spots in the list of the top 10 institutions in Australia. When you move to Melbourne, you’ll immediately realise that the city is a creative hotspot with top-notch academic institutions and a vibrant business culture. You’ll quickly start exercising unconventional thinking before you know it (and around it, above and below it, too).

Take a stroll around the vibrant Centre Place, where you’ll discover several restaurants if you’re looking for some fantastic meals. A stroll through the painted Hosier Lane will undoubtedly inspire anybody who enjoys street art. Remember to bring your camera!

Need your morning coffee fix to stay alive? We have good news for coffee lovers: Melbourne has a strong coffee culture. Melbourne’s cafés dish out some of the greatest coffee in Australia—and maybe the whole world—thanks to the city’s champion baristas, the welcoming neighbourhood atmosphere, and the residents’ passion for supporting small businesses.

Melbourne is renowned worldwide for its quirkiness, innovation, and appreciation of the arts. Visit the National Gallery of Victoria, the Australian Centre for Contemporary Art, and the Australian Centre for the Moving Image to get a taste of Melbourne’s culture. Additionally, the city is home to various underground artistic activities, including artist collectives, record shops, swing dance clubs, zine fairs (keep an eye out for Festival of the Photocopier), and zine fairs.

Melbourne is a fusion of cultures, and several cultural festivals are held there. Among the choices are the Antipodes Festival, Melbourne Italian Festa, Chinese New Year, TET Festival, Melbourne Fringe Festival, and Melbourne Queer Film Festival. Additionally, be sure to explore the neighbourhoods that surround the CBD. Each one contains a wide variety of communities from all over the world.

Living in Melbourne can be a wise choice if you’re an international student hoping to launch your own business. Numerous small company awards are available for concepts that show Melbourne’s originality, inventiveness, commercial preparedness, financial feasibility, and advantages. Do you find that exciting? Well, it may even be you!

Enjoy being outside? You’ll like living in Melbourne then! The city is home to many beautiful outdoor settings, including parks, beaches, and more.

There is a wealth of stunning natural beauty to discover, whether you want to soak up the sun at St Kilda Beach, enjoy a picnic in the Fitzroy Gardens, or wander along the Yarra River. 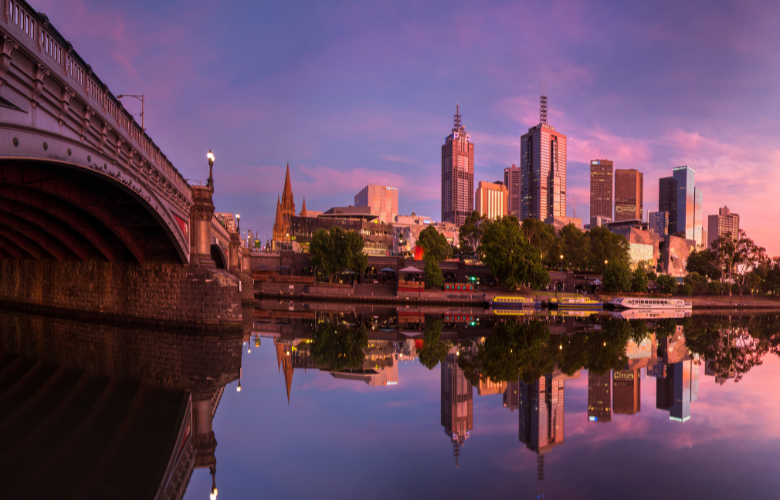 The vibrant arts community in Melbourne is home to everything from theatre to music to visual art. Not to mention, it boasts more art galleries and museums than Sydney has. There are more than 100 galleries in Melbourne, ranging from major public galleries to commercial galleries and artist-run venues. Did you know that the Ian Potter Center is located there as well? The first significant public gallery in the world to focus only on Australian art is this one. The Australian Centre for the Moving Image, the nation’s most popular museum, is also located in Melbourne.

To begin with, Melbourne is less expensive to live in than Sydney. Compared to Sydney, Melbourne has a much cheaper cost of living. As a result, you may spend less money and enjoy a more comfortable living close to the Victorian capital. Melbourne also has some excellent real estate discounts.

The average home cost in Melbourne is $1,022,927 as of the June quarter of 2021. That is around 37% less expensive than Sydney, where the median price of a home is $1,410,133.
Melbourne furthermore offers a more relaxed way of life. In comparison to Sydney, it is significantly simpler to obtain work there.

According to research, Melbourne residents are nicer than Sydney residents. You may now move about without appearing as a tourist. The city’s diversified culture also contributes to an eclectic lifestyle unique to Australian cities. 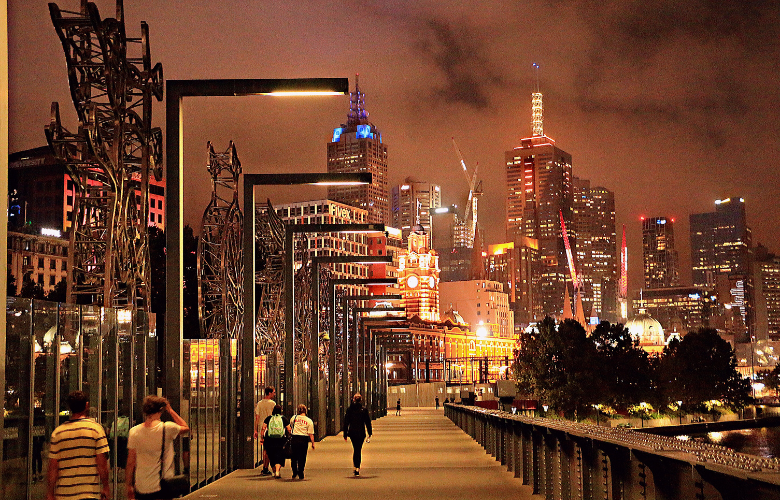 Melbourne offers lockout-free access to all nightlife needs (nightclubs, jazz venues, live music). You can have a night of fun in Melbourne city! In actuality, there is never a terrible time to visit Melbourne. Melbourne’s clubs and pubs are always busy, even in the winter when other cities are quiet.

Click here to Discover Melbourne’s Best Beaches In This Summer

Several factors make Melbourne superior to the rest of the states. The artistic and cultural landscape of the Victorian capital is booming. Not to mention that its wine and cuisine cultures are flourishing. It also has a cheaper cost of living and is the finest location for students. Let’s not forget it also boasts one of the greatest public transit systems. Melbourne is your best choice if you desire an easy life and a nice location to call home.

How Long Does It Take For Gingivitis To Heal?

Must Visit Top-Rated Attractions And Things To Do...

Bon Anniversaire: How To Plan A Romantic Melbourne...

The Best Day Hikes from Melbourne

The 15 Best Waterfalls in Victoria (with Photos)

The Most Spectacular Places for Sunsets in Melbourne...